We are celebrating International Women’s Day this year with the surprise donation of more than 100 letters written by Elsie Reford and her son Eric to Katherina Nikolaievna Pletschikova, who Eric married in 1927.

The cache of letters were recently discovered by a Vermont resident, William Archer, who kindly donated this unique collection to Les Amis des Jardins de Métis. He initiated the donation after discovering the history of the gardens through our virtual exhibition Fishing Stories. 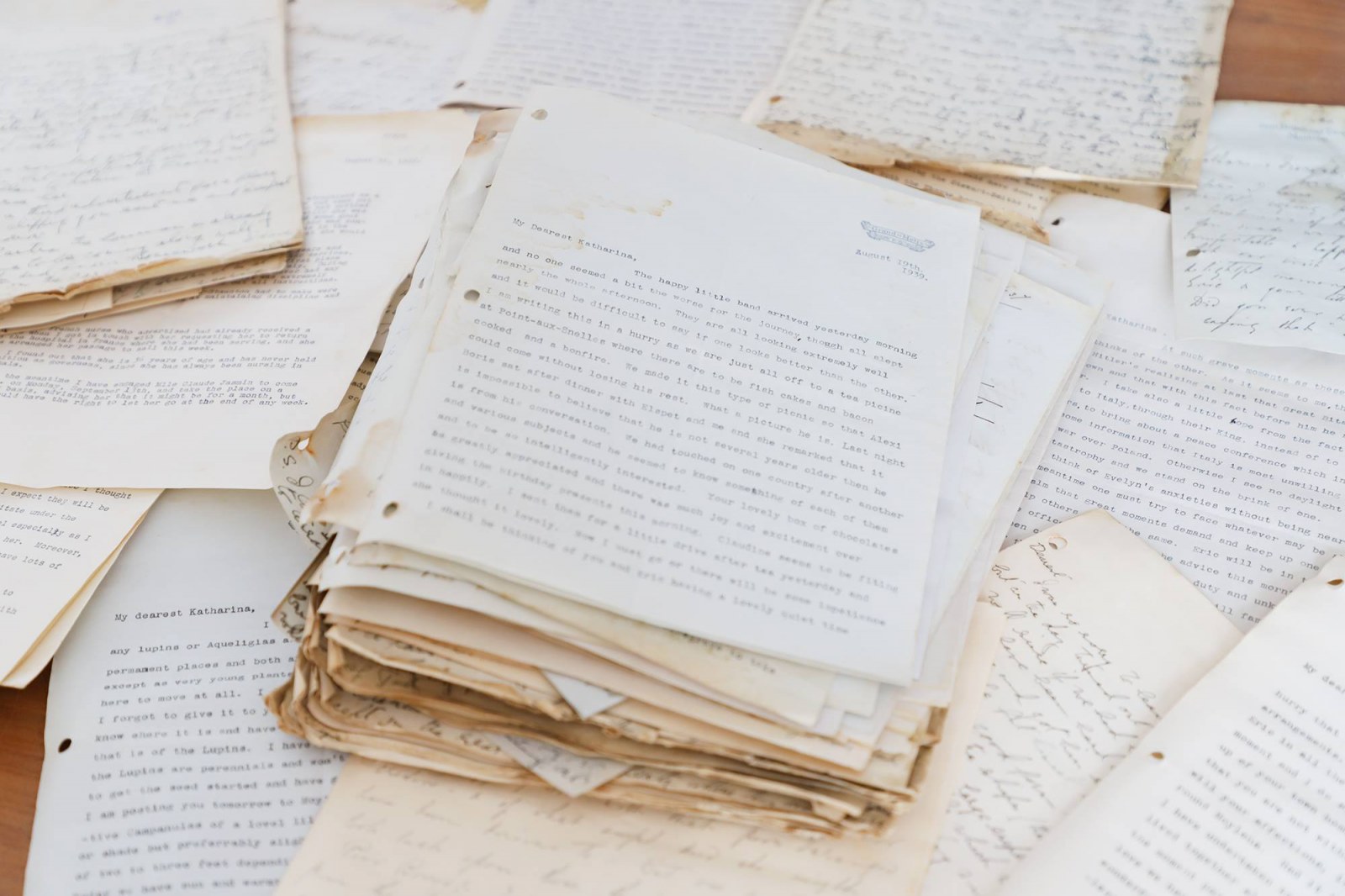 The Archer collection offers a portrait of Elsie Reford as a mother and mother in law. They bear witness to the special affection (and lots of advice) she had for her daughter-in-law, struggling to make end’s meet during World War II and dealing with the special challenges of wartime conditions in Montreal. The Refords, like many others in Montreal, hosted refugees from England in the 1940s when it was enduring the bombing raids of the German Luftwaffe. In addition to hosting their grandchildren Maryon and Michael, evacuated from London for much of the war, Elsie and R.W. Reford welcomed English families seeking refuge from the Blitz.

We catch a glimpse of Elsie Reford living through the stresses of the scant news of her eldest son Bruce, then serving as a senior officer in the British Expeditionary Force. Among the first soldiers sent to France to stop the Nazi invasion of Belgium and France, he was evacuated from Dunkirk in June, 1940. Suffering the pangs of anxiety of a distant mother Elsie Reford (who was 68 in 1940) continued to build and shape her gardens at Grand-Metis, an act of hope and optimism in a world she felt was crashing around her.

A refugee of the Russian Revolution (her father was the assistant governor of Finland, then part of the Russian Empire), Katherina Nikolaievna Pletschikova arrived in Canada in 1920. She married Eric Reford in Grand-Metis on September 27, 1927. Marrying outside of Montreal’s small and tight-knit community was an act of courage for Eric. His parents were not warm to the idea of an “international marriage”. He described his future bride as “Russian by birth and Finnish now by nationality” and blessed with a “strong personality and every other charm imaginable”. Eric and Katharina Reford were together for 45 years (she died in 1973). The letters to her from Eric Reford illustrate their close collaboration as they managed their three children, Boris, Sonja and Alexis, and domestic and business life in wartime Montreal.

If you would like to help with the “Elsie Project” we are looking for volunteers to help transcribe the hundreds of letters written by (and to) Elsie Reford. Contact Marjelaine Sylvestre for additional information marjelaine.sylvestre@jardinsdemetis.com