100 years ago, Elsie became the owner of Estevan Lodge

This month is the 100th anniversary of Elsie Reford’s taking ownership of Estevan Lodge. It was in October 1918 (October 4th to be precise) that George Stephen gifted the property to his niece. Stephen was very generous to his many nieces and nephews, giving each of them a gift of money (in the form of securities in the Great Northern Railway) on the occasion of their marriage and establishing a trust to allow them financial freedom. The “herd-boy millionaire”, as Stephen was sometimes called, had risen from poverty in Scotland to become one of the richest men in the world. He believed in helping his family, but not too much, fearful that wealth would end their will to work. 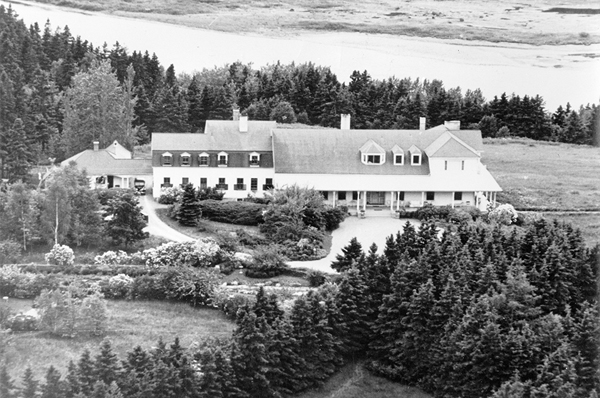 The gift to Elsie Reford would change her life…and the life of the region forever. Within a decade of her becoming the owner of the property, she had embarked on the design and construction of her gardens (known today as Les Jardins de Métis and Reford Gardens), expanded Estevan Lodge and sold the falls on the Metis River to local entrepreneur Jules Brillant and the Lower St. Lawrence Power Company, permitting the electrification of the entire region.

Stephen’s gift to Elsie Reford was “inter vivos”, between two living people, and not a bequest. This confirms that Stephen was eager to see his niece take on the lodge, property and river that he had owned since 1886. Stephen was an enthusiastic angler and had purchased the river and property overlooking the Metis River and the St. Lawrence so that he could enjoy his favourite pastime. But after being named to the House of Lords in 1891, to become Lord Mount Stephen, he returned to Canada rarely. His last visit was in June, 1894 when he attended the wedding of his niece Elsie to Robert W. Reford and enjoyed his last days of fishing on the Metis. When he died in 1921, Stephen left his entire estate to medical causes, endowing what is today the King’s Fund, an independent charity that works to improve health and care in England (https://www.kingsfund.org.uk/about-us). 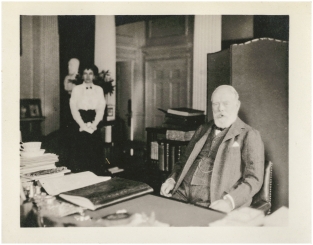 Elsie Reford was among the family and friends that Stephen had offered the fishing to over the years. From 1904 onwards she was among the most regular users, sharing the fishing family and guests and with New York lawyer, John W. Sterling. It was Sterling’s sudden death in Estevan Lodge on July 5, 1918 that likely led Stephen to gift the property to Elsie Reford. Born Mary Elsie Stephen Meighen in 1872, Elsie Reford was the daughter of George Stephen’s youngest sister, Elsie. 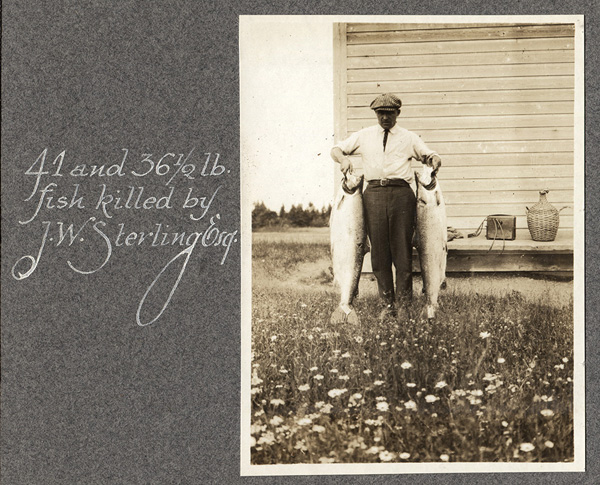 Elsie Reford was gifted Estevan Lodge and its contents, property on the east and west side of the Metis River (today the Parc de la rivière Mitis and extending as far as the property occupied by the Institut Maurice-Lamontagne) and the all important “droit de pêche” in the Metis River. The 26-page deed of gift itemizes each of the properties that Stephen had acquired along the river for the fishing. While most of the property was acquired by Stephen from Rimouski judge Ulric-Joseph Tessier (for $20,000 in 1886), Stephen had purchased slivers of land and the riparian rights that went with them in the ensuing decades. In this way, he enjoyed sole access to the river and its salmon pools, although he permitted several farmers (described in detail in the titles) “the right of watering his animals at the river in case of need, without allowing them, however, to remain unattended…”

As was required in Quebec law, Elsie Reford (the deed describes her as Dame Mary Elsie Stephen Meighen, Lady of Grace of the Order of St. John of Jerusalem in England) was gifted the property only having been “duly authorized” by her husband to accept. Quebec law required the approval of a woman’s husband to own property. She owned the property until 1955 when she
gifted the estate to her eldest son, Brigadier R.B.S. Reford. He in turn sold the property to the government of Québec in 1961. Today, her gardens are owned by Les Amis des Jardins de Métis, the charitable organization that has been preserving Elsie Reford’s century-old legacy since 1995.

For more information on Elsie Reford and the history of Estevan Lodge, consult the exhibition Fish Stories on the Virtual Museum of Canada, http://www.virtualmuseum.ca/virtual-exhibits/exhibit/fish-stories/