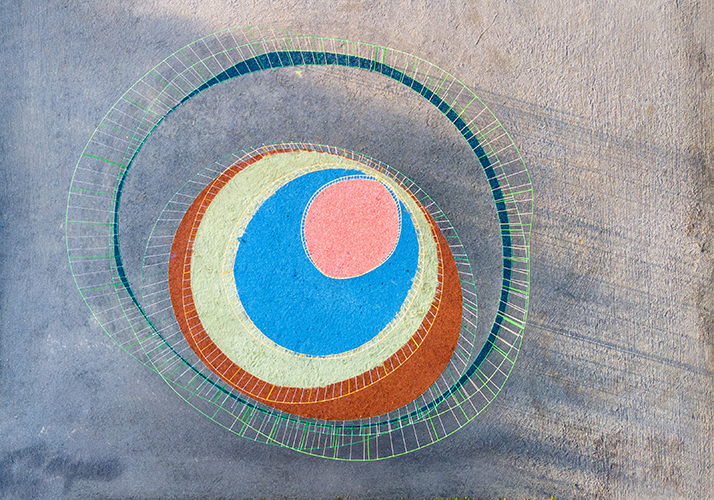 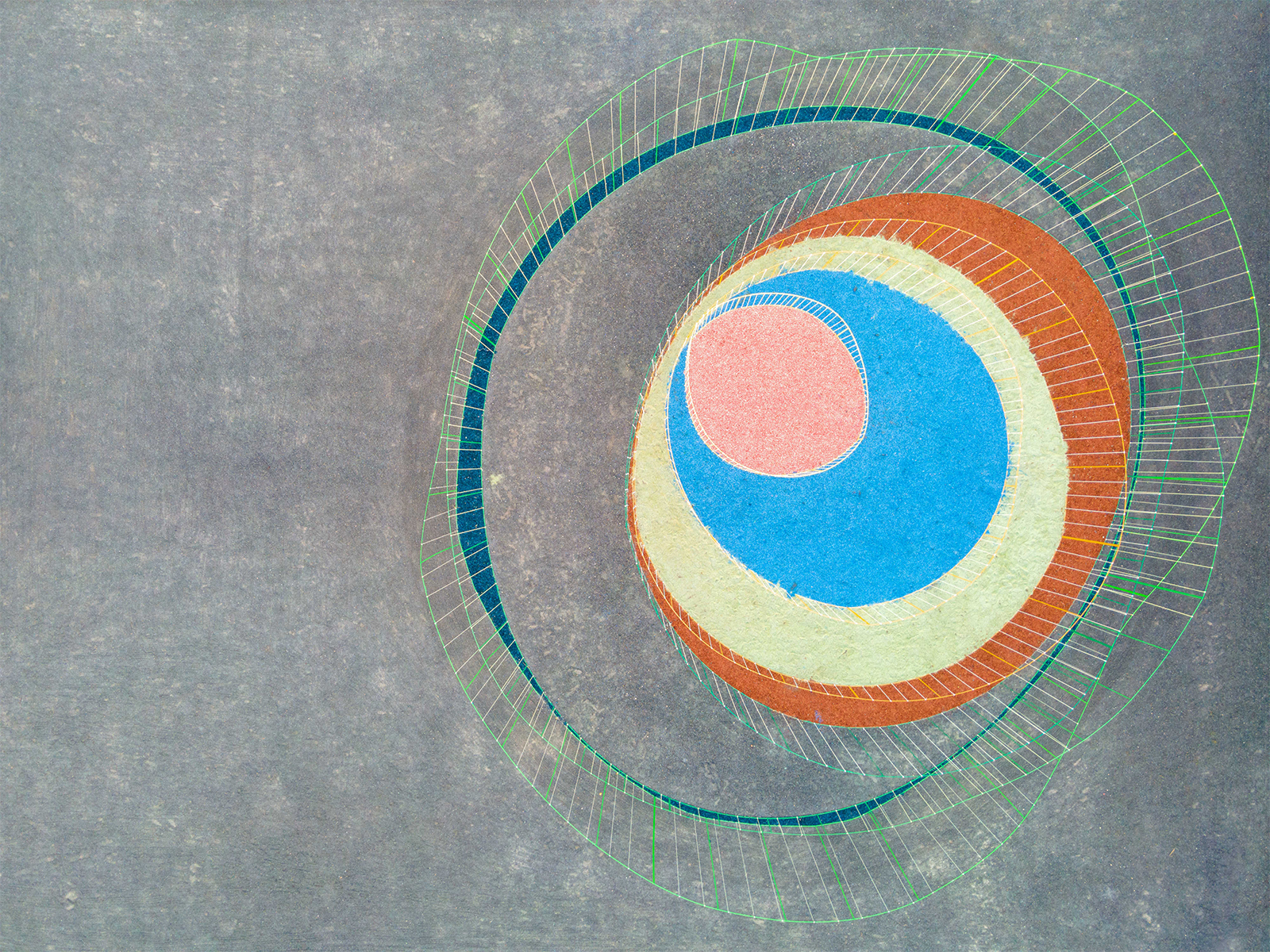 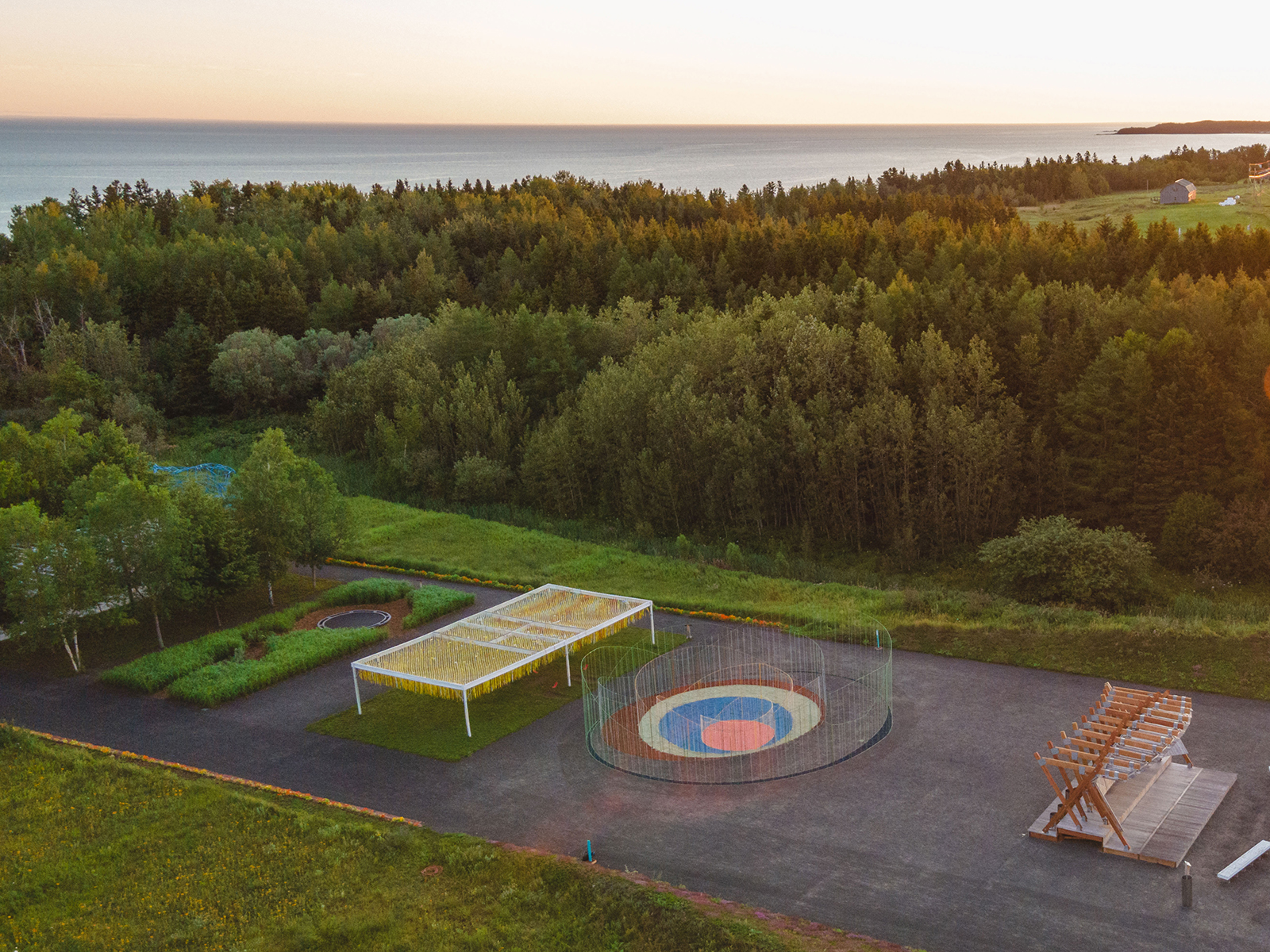 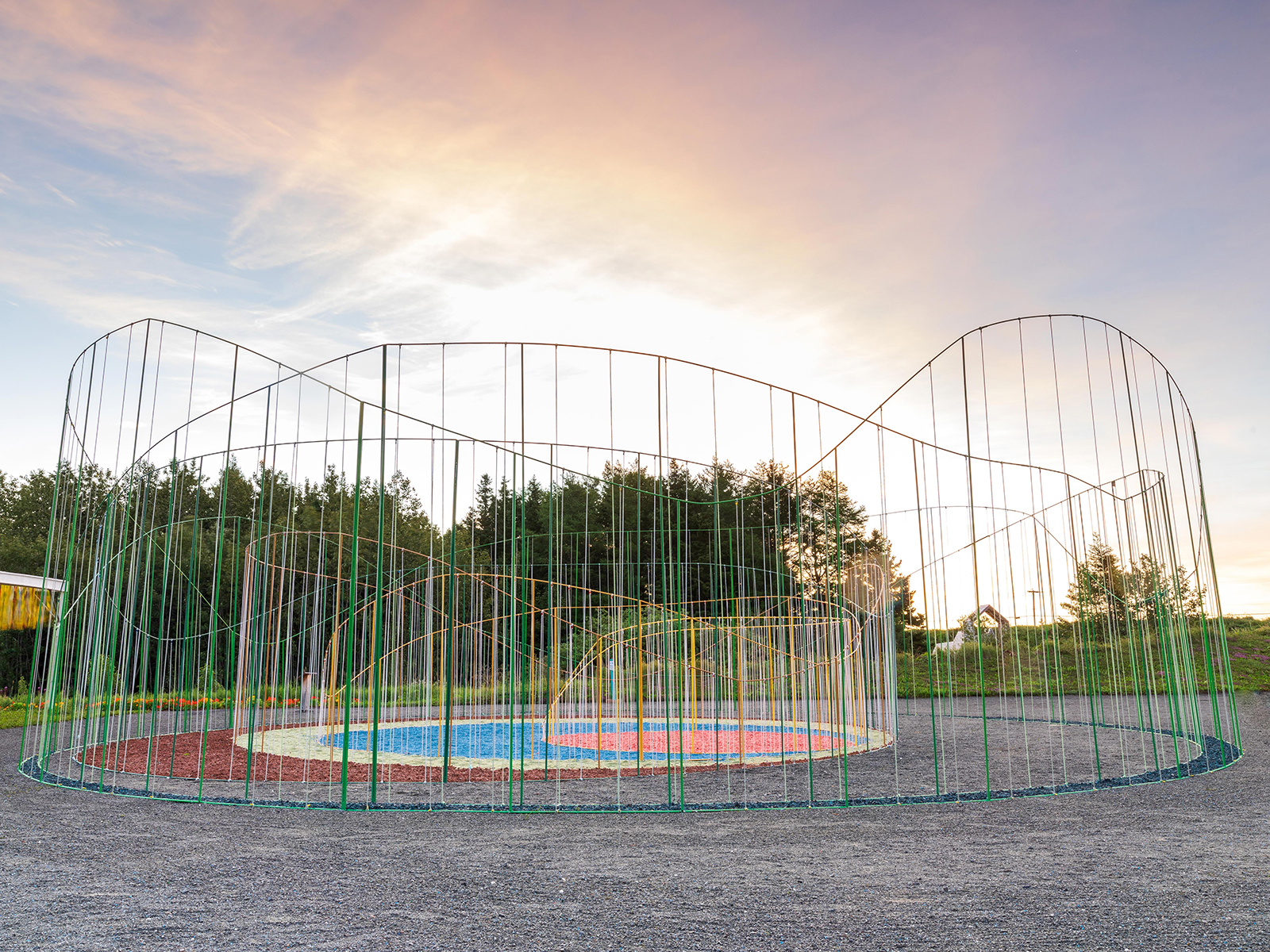 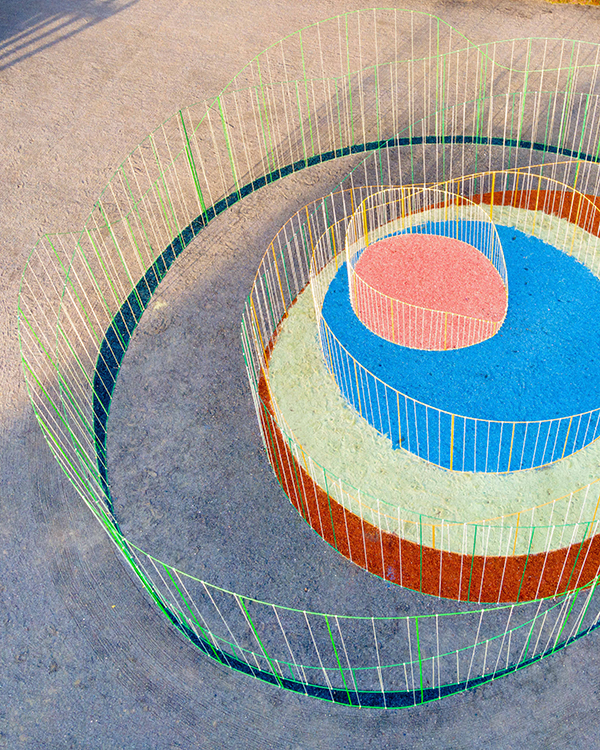 (Mé)Tissages is an invitation to question the links between communities. Visitors discover a multitude of woven landscapes that resonate on entering the garden.

Visitors are invited to wander in and take their time to read between the lines. The complexity of the lines is created by the superimposed layers. These layers are permeable and transparent because they are woven of elastic elements. The fixed cables are made from cement armature and can easily be moved to open a brief channel into the installation. At the ground level various mineral ground covers are found in parcels, because métissage does not efface differences but amplifies them through their being interwoven. This project is itself a métissage. This experimental garden unites visitors through a shared experience of an installation that combines architecture and nature.

Duc Truong is an architect with a degree from the École d’architecture de Strasbourg. He co-founded the architectural studio Figures vives in 2017 and then left for Tokyo to work for Sou Fujimoto Architects, where he developed a genuine interest in the métissage of architecture and nature. After a year and a half in Japan, he returned to Europe and continued his apprenticeship in architecture at O.M.A. (Office for Metropolitan Architecture) in Rotterdam in the Netherlands. He designed a techno stage and bar furniture for Tanz durch den Taget, the open air festival in Vienna, Austria, that welcomed 12,000 visitors over three days. 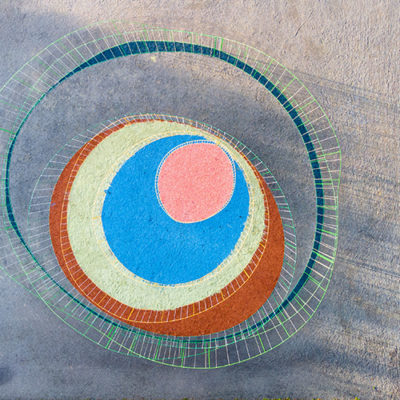 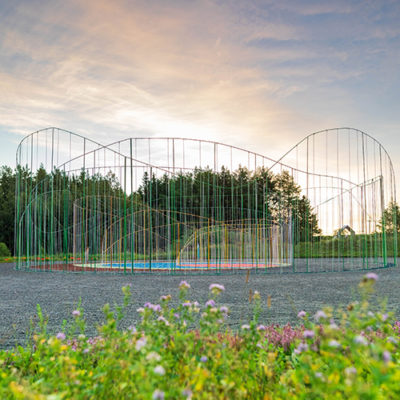 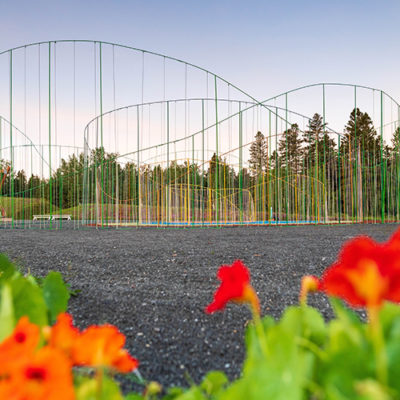 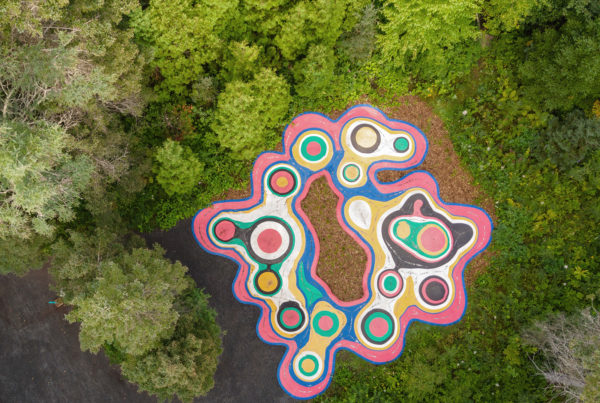 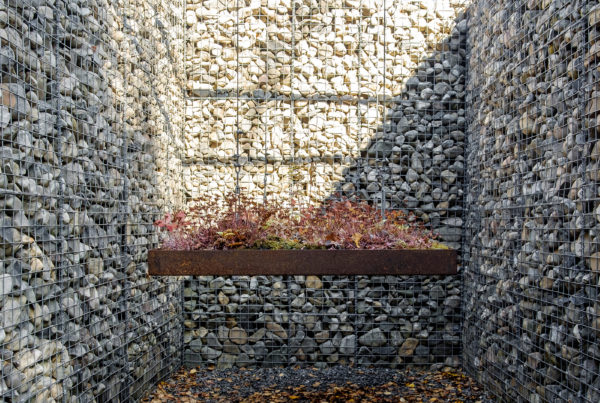 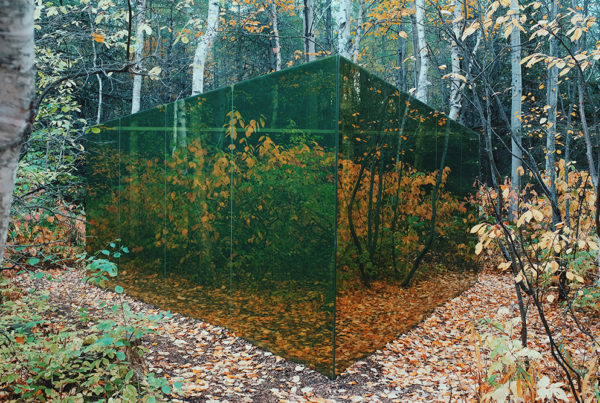 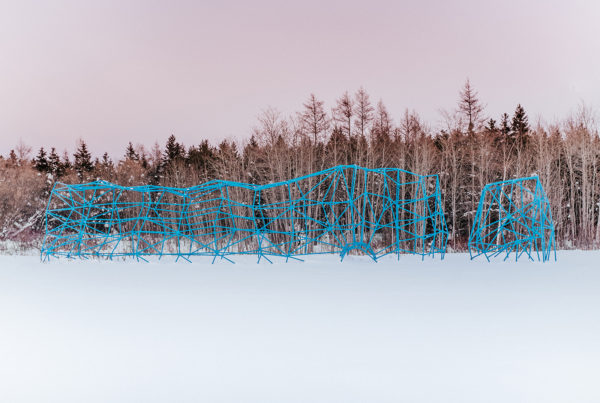